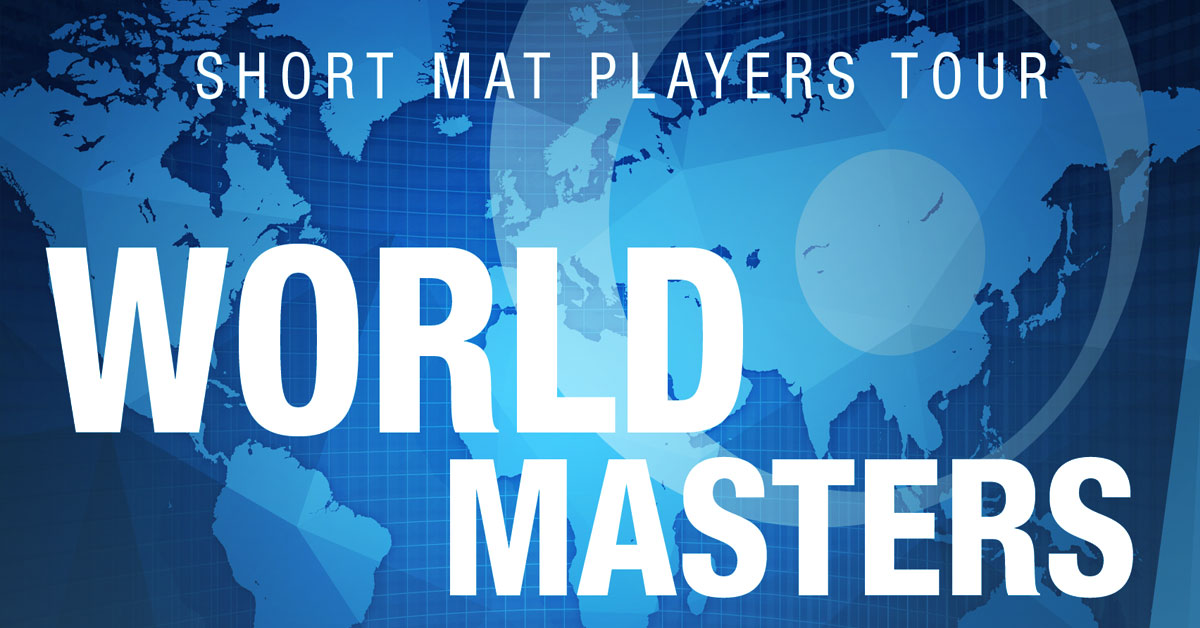 The SMPT Show Mat was first launched at the 2015 Henselite World Masters to enable the optimal viewing of special games. The Show Mat has since been used at many events including the Irish Open, Swedish Masters and Norwegian Open. This year we have once again chosen a game from each session which we believe deserves to take centre stage!

Below are the confirmed fixtures for the 12 sessions of group games that will be played on Day One. This talented line-up consists of players from 5 countries and includes 5 winners of SMPT ranking events, 3 World Cup winners, in addition to a host of World, British Isles and National Champions, past and present.

The three Show Mat games for the final round of group games played on Sunday morning will be confirmed following the completion of Day One.

You can follow the ‘Live Scores’ for all Show Mat games and keep up to speed with the results of all other fixtures via our website. Coverage of select Show Mat games will also be streamed via Facebook Live.