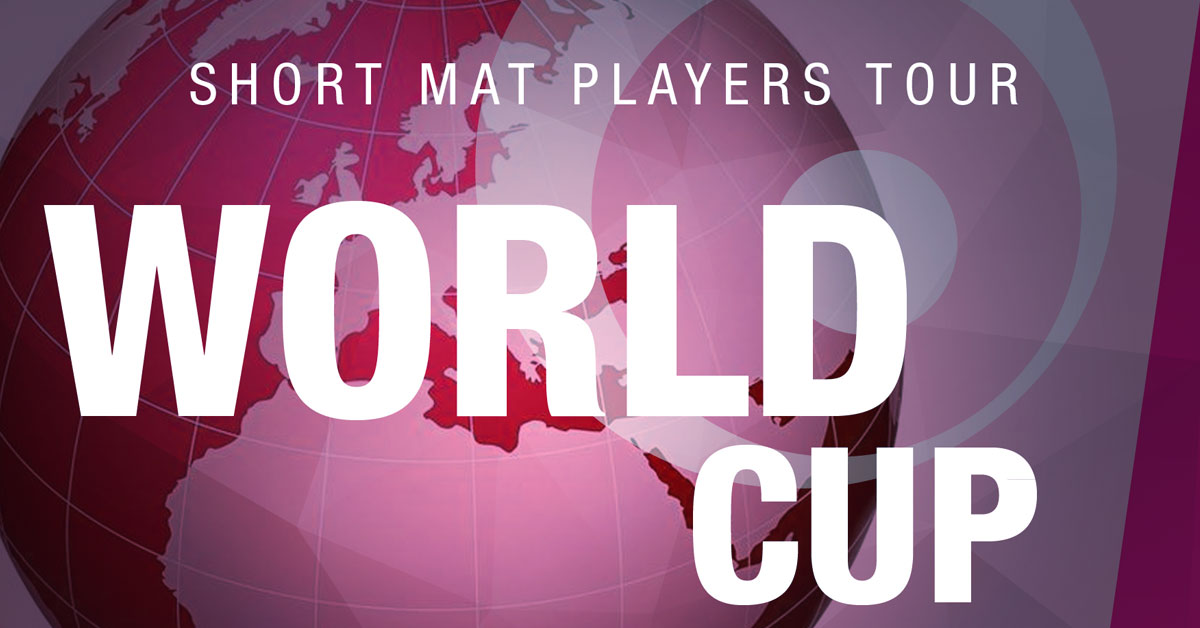 Friday, August the 18th sees the start of the new SMPT season, which as usual kicks off with the Bowls Trader World Cup at the Falcon Indoor Bowls Club in Chelmsford, England.

Seven countries will be represented with full teams along with a Rest of the World team consisting of players from a further four nations. The eight teams have been split into two groups of four with the top two in each progressing into the Semi-Finals. Let’s take a look at the groups….

This year’s top seeds England will kick off the tournament with a match against Norway. Most predict a straight forward win for the English. At the same time fourth seeds Belgium will take on Wales. In what is predicted to be a tighter affair, Belgium will be relying on World No’s one & three, Dimitri & Jonathan Payne to see them through this one. Wales will want to banish their record of the last two years.

England & Belgium will be favourites to progress from Group A and will play each other last. Wales will be desperate to make it through for the first time and Norway, still relatively new to the international stage, will be keen to pick up an individual scalp or two.

Defending Champions and third seeds Ireland take on the Rest of the World team in the first fixture of Group B. On paper this looks like being a fairly comfortable win for the Irish and they will want to get their campaign off to a blistering start. Completing the Group B line up are last year’s beaten finalists and second seeds Sweden who face the Isle of Man. Just Jorgen Karlsson retains his place for the Swedes this year and the Isle of Man might fancy their chances of causing an upset.

Ireland will be favourites to make it through to the Semi’s and most will favour Sweden to join them, but can the Scandinavians make it to a third final in a row with this new look team?

We’ve seen the top four seeds battle it out in the Semi’s in both World Cups so far and most will say this year will be no different. Of the rest, Wales look most likely to upset the form book as they try to qualify. Who will take home the coveted trophy and become Bowls Trader World Cup Champions?

You can follow all the action, as it happens, with our live feed on the home page of our website. You can also take a look at the World Cup pages, here you will find information on players, teams and fixtures. Don’t forget our media channels too, with highlights, pictures and videos on Facebook, Instagram & Twitter. For more info just visit the social page on the website.