2020 SMPT Players Player Of The Season 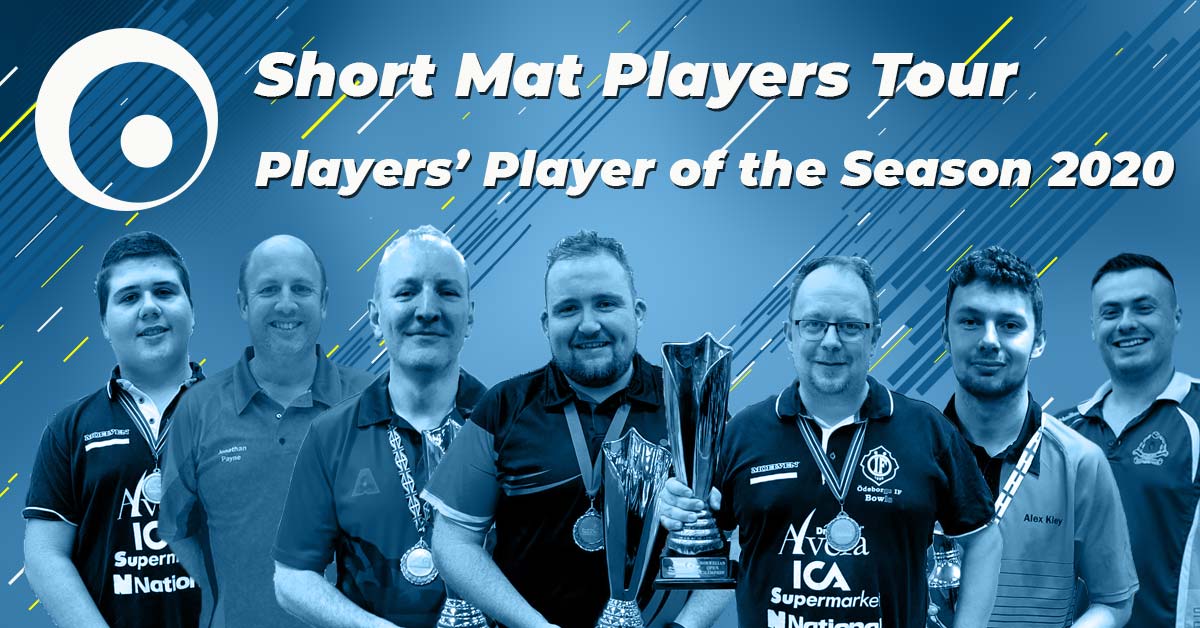 We’ve had another great season on the Tour that was unfortunately brought to an abrupt but sensible end.

Reflecting back over the season however, has given us more great memories and sporting excitement.

We’ve asked you, the players, to take a look at the achievements of a selected few and vote for your player of the season. Our shortlist of seven players, Alex Kley, Benny Sjogren, Gary McNabb, Jonas Hager, Jonathan Payne, Mark Beattie & Nathan Haire, was compiled by the SMPT directors and we’ve been counting your top three selections over the last 8 weeks or so. Congratulations to all who were selected and as announced earlier this week your votes narrowed it down to our three finalists, Mark, Alex & Gary.

We can now announce the final top three placings!

In third place – Our current World number 1, Mark Beattie of Ireland, polling 18.4% of the total vote. This is the second time Mark has finished third in the voting and proves what a popular player he is. Another two gold and 1 silver medal this season adds to his substantial haul on the Tour and he’ll be hoping to add more in 2021/22.

In second place – The rising star of English bowls, Alex Kley, who polled 20.12% of the total vote. A second SMPT singles title came this season for Alex as he took home gold at our last event, the English Masters. We hope to see more of the same from the young star in a year’s time. Alex finished third in the PPOTS last time out and now second. Will he take home the coveted prize in our next season?

And so, polling a massive 36.3% of the total vote, your 2020 SMPT Players Player Of The Season is… Mr Gary McNabb from Ireland.
An extraordinary season from the 32yr old which saw him achieve a 93% win return from all of his matches. Back to back titles were included in a 28 match unbeaten run and his singles title count now stands at four!

Our congratulations to Gary on a wonderful achievement and to all our players shortlisted for this prestigious award.