On the weekend of the 19th and 20th of August the SMPT heads to its new home venue of Falcon Bowling and Social Club in Chelmsford, England for the UK Open. Which one of the I86 players from 13 nations will ultimately prevail and become the 2017 Champion?

No less than 30 of the top 32 ranked players will be making an appearance at Chelmsford, including the likes of World No.1 Dimitri Payne from Belgium who looks to take home his second title. Can Joe Beattie from Ireland make it three ranking event wins in a row or will Mark Beattie join him on five titles? Outside of these players we have over 30 debutants taking part, all of whom will be intending to make a great impression at their first event.

As usual the SMPT have selected some of our ‘ones to watch’ over the course of the weekend.

First up is Swedish teenager Victor Andersson. Last season’s bronze medallist showed his true potential 12 months ago and he will be looking to emulate that form again. A tough draw in group one however, sees him up against two former champions in the shape of James Bucknall & Stephen Williams. Can the tenacious youngster qualify for the Cup knockout and try to make his second SMPT final?

Next we focus on Ireland’s Gary McNabb. Champion at this event two years ago and a bronze medal at the last event in Ireland shows how well Gary performs at ‘mat on mat’ venues. Gary is drawn in group 22 and will have to get past World 2-Bowl Champion Dan Winmill & last season’s silver medallist Chris Mann who also beat Gary 12 months ago 12-11 at the quarter final stage.

Finally we wanted to mention one of the many debutants. The first player to represent our 22nd nation to take part in a SMPT ranking event is Armin Stoll from Canada. Armin is drawn in group 3 and will face the likes of experienced bowlers Nigel Reed, Matt Dillon & Nigel Nicholls. We’re sure his compatriots will be cheering him on from over the water and we wish him the best of luck during the tournament.

With 16 brand new Wygreen Light mats to accompany our existing 16 Greengauge Tour mats and following unprecedented demand we are delighted to be able to accommodate more players than ever before. Coupled with the now famous ‘Show Mat’ we are sure this will be another outstanding event.

Follow all the action LIVE via our excellent Live Feed on the home page of the website, throughout the event. This includes live end by end scores of all Show Mat games. As always you can view the full tournament results, player stats and we’ll also bring you pictures, interviews and updates via our social media channels. Last but by no means least, we’ll be showing selected matches including the final via Facebook Live. 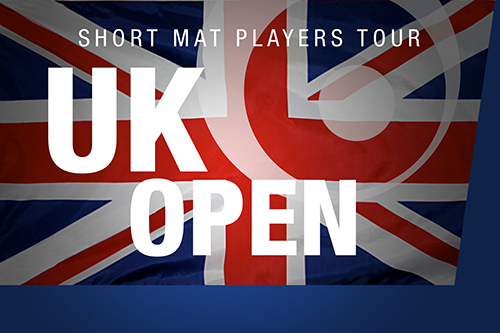