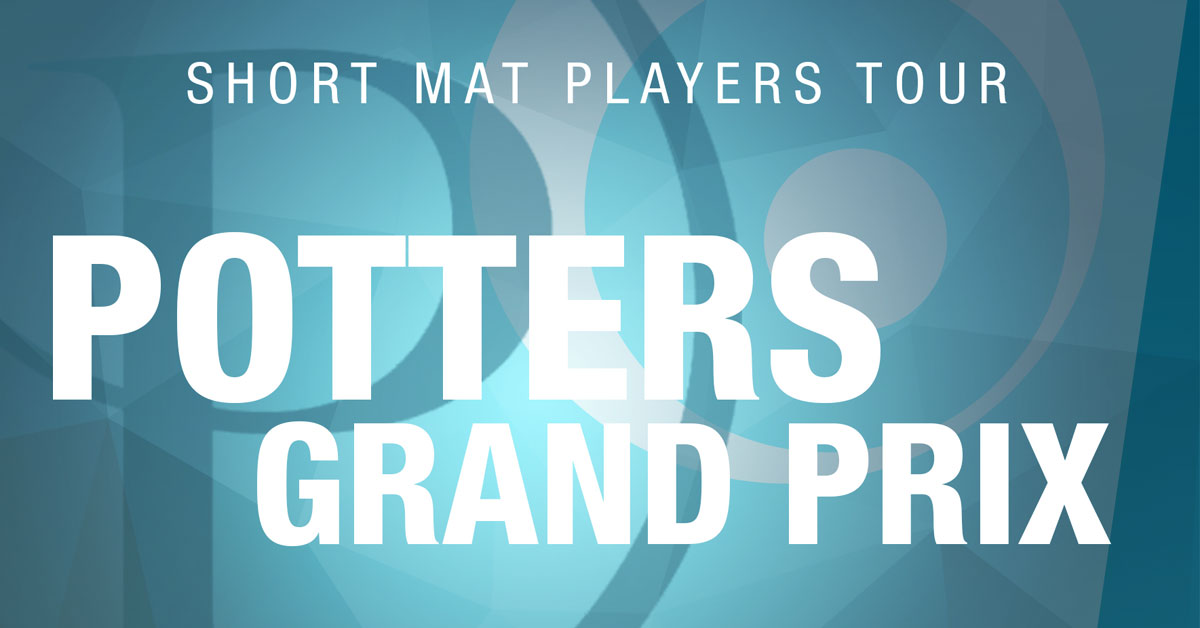 We are pleased to confirm that the Potters Grand Prix will be staged for a second time next summer, with the International Arena at Norfolk’s Potters Resort taking centre stage on the 14th and 15th July 2018.

Replicating the popular format used in the SMPT’s World Ranking singles events, the Potters Grand Prix will be a two bowl pairs competition, played throughout the weekend. Drawn into groups of 6, all teams will also be guaranteed a knockout game in either the Cup, Plate or Shield competition and as such will play a minimum of 6 games.

The Potters Grand Prix will follow the World Master Pairs in December, the Welsh Grand Prix 3-Bowl Pairs and 2-Bowl Pairs in March and the Belfast Open Pairs in April.

SMPT Director Phil Mills explained: “The Potters Grand Prix is a very sociable fixture on the Short Mat Players Tour. Completely distinct from all other SMPT competitions, this weekend is primarily about guests relaxing and enjoying everything that Potters Resort has to offer. Those guests who wish to join us will also have the added bonus of a small but perfectly formed SMPT competition thrown in for good measure! From the feedback we received at the inaugural Potters Grand Prix earlier this month, we know that players are already planning their next visits. We are certainly looking forward to it.”

Sallyanne Gooch, Potters Resort Group and Commercial Sales Director, added: “Both Greg Harlow and myself are pleased to be working with the team from the Short Mat Players Tour and we look forward to welcoming them back next July.”

For Potters fans the chance to stay at the Resort and play in a Short Mat Players Tour event is a unique opportunity not to be missed!

For comprehensive details and to enter this event simply visit our Potters Grand Prix tournament page.