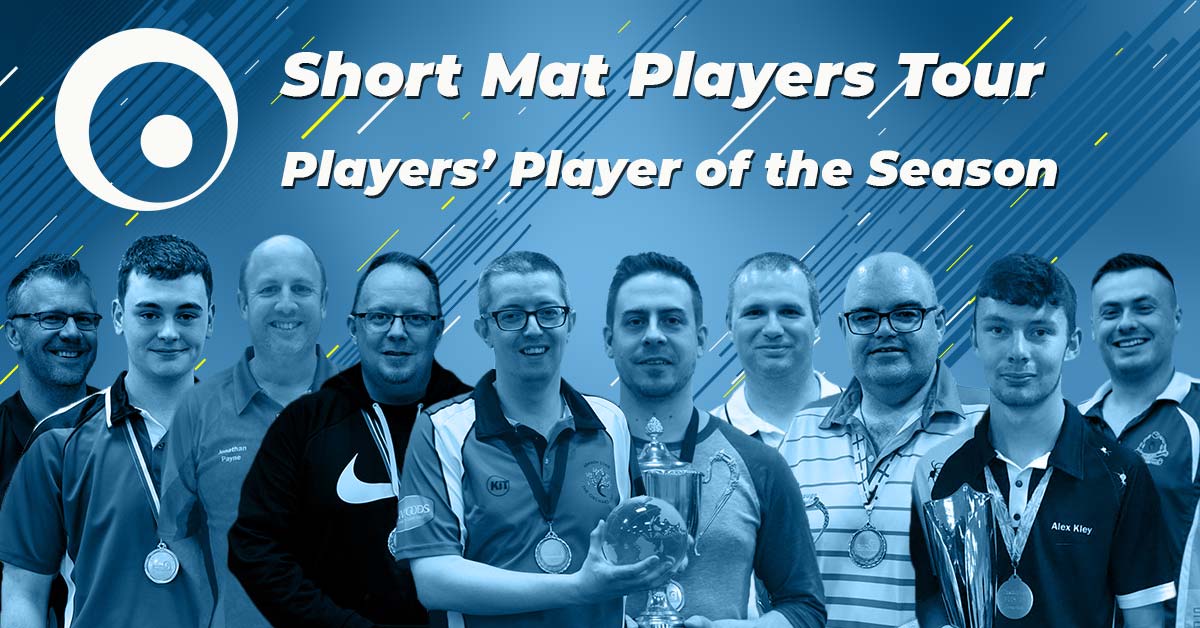 1st: Stephen William (Wales) | Players’ Player Of The Season 2018-19 | 19.14% of the vote
It was back to the sort of form that made Stephen one of the most feared opponents in the past. The Dragon Master took back to back titles midway through the season. A dramatic last bowl victory in York against England youngster Benny Bass in one of highest quality matches we’ve ever witnessed, was followed up by another great match against fellow countryman Sean Hughes that saw Stephen edge to a 12-10 win. Stephen, I’m sure, will look to continue this form heading into next season which starts with him leading out the Welsh team in the World Cup.

2nd: Ed Sawbridge (England) | 18.83% of the vote
The Englishman has enjoyed a very good season. Cup knockout qualification in all competitions has taken Ed to the top of the World Rankings and he also walks away with the coveted Order of Merit title. Ed really stepped up to the mark in arguably the toughest venue in Belfast with a bronze medal at the Irish Open and a silver medal at the season ending World Masters. Ed now gets the privilege of leading out the England team at the World Cup in August.

3rd: Alex Kley (England) | 14.81% of the vote
A vastly improved season for the young rising star. A near on 90% win percentage from his 45 matches this season shows this young man has a bright future ahead. Alex took his first SMPT title at the opening event, the UK Open with a hard fought 11-9 victory over former World No1 Jon Payne. More silverware was to follow as Alex took a bronze medal at the English Masters, and alongside playing partner Thomas Perris, a second SMPT title by winning the World Pairs Masters in December. Good progression in the remaining events sees Alex climb to 13 in the singles rankings and 4 in the pairs. A berth in the England World Cup team also awaits.