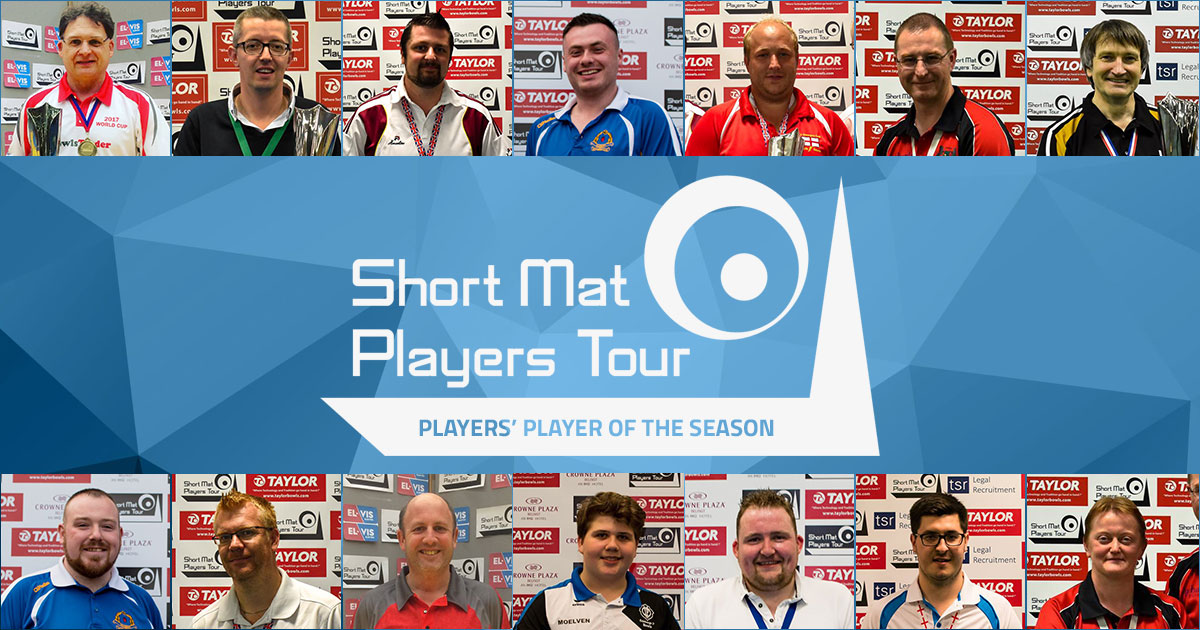 The 2017-18 season has finished, the players have cast their votes and now, with great pleasure, we can reveal that the winner of the SMPT Players’ Player of the Season is…

A very impressive 81.13 win percentage has helped Nigel have arguably his best season yet. Beginning the year at No.42 in the World Rankings, a Last 16 appearance at the UK Open started his climb to the summit. Further Cup qualification at both the Irish & Norwegian Opens saw Nigel take great form to York for our first British Open. Some impressive bowling from the man from Penzance, Cornwall helped him take his first SMPT title. There was another medal at the very next event, this time a bronze at the English Masters. A strong showing at the World Masters also helped Nigel finish top of the Order of Merit and a career high of No.4 in the World Rankings. Nigel also managed three Cup runs in the pairs events he entered, finishing 23rd in the pairs rankings.

The Englishman has continued his consistent form of last season starting with his captaincy of the England team at the World Cup as they made their second Final appearance. Two Cup knockout qualifications helped him move from 14 to 3 in the rankings as he headed for Norway. A superb display over the weekend saw him lift his first SMPT title in Skien and with it the coveted No.1 spot which he would hold for the rest of the season. He finished just 41 points off of top spot in the Order of Merit making it two second places in consecutive seasons. Stephen will be keen to stay top of the rankings next season and look to finally clinch the Order of Merit and of course another title to boot!

A silver medal for Jack at the World Cup was a pretty good start for the 21 year old from Norfolk. Four singles and two pairs events this season would not see Jack taste defeat in ANY group game. A Last 64 and two Last 32 appearances probably fell slightly short of his high expectations but what a tournament he had at the English Masters. We wondered this time last year whether Jack would win a SMPT event this season and he most certainly did! Edging his way through a tough group containing the likes of Dom Reed, James Bucknall & Dan Winmill, Jack then stepped up a gear and played some awesome stuff on his way to the Final, eventually beating Ireland’s Glenn Harvey 15-5. Two Cup appearances in the pairs events have set Jack up nicely for next season as he looks to break into the World’s top five.

Well done to all 14 players who were nominated for this award.  Congratulations to Nigel, whose performances over the last 12 months have been recognised by his peers. Nigel will be presented with their prizes next month in Chelmsford before we kick-off the new season with the UK Open.